I thank Alex Yates (b|t) for hosting T-SQL Tuesday #119. Topic for this month is Changing your mind. I also want to acknowledge Adam Machanic’s vision behind this project. I learned a lot from some of the #TSQL Tuesday’s and participated in few. 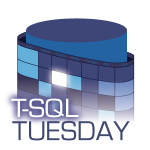 Write about something in your IT career that you have changed your mind about.

Two companies I recently worked. Let’s call them A and B. A is a public company with 50k+ employees but IT is siloed in a different city, building and rarely see anyone else from other teams in the company. The core business of the company is not solely dependent on IT, the business can run without IT support for a short amount of time (switching to the paper trail).  B is a private company, 500+ employees. Comparatively better integration between IT and business partners.  Change of my mind happened when I transitioned from company A to B.

What was your original opinion and Why did you believe that?

In company A any change I wanted to see with IT,  I communicated to managers.  Of course, managers are not doing the work by themselves.  I thought once I can convince the managers she or he will communicate (Top-down) to their team and implement my suggestion. I could not affect the changes the way I wanted.  Most of the time managers will verbally agree with me but will not implement the changes.

What do you believe now?

One reason I understood from the beginning is that the company’s revenue was not directly impacted by implementing my suggestion.  But I knew as a whole IT will function better if my ideas were implemented.  In 2016 I was trying to justify not to upgrade SQL Server from 2008 to 2014 but go to SQL Server 2016 instead. I even brought all the points from SQL PASS by attending the early adapters forum. Another example, people carried cheat sheet to open change tickets. There were many redundant fields needed to fill up.  I wanted those to be removed.  I believe now that a ‘Bottom-up’ approach would work better. I should have tried to deliver the message to the folks who are at the bottom doing hands-on work.  As they were doing the work in the ground, they would see the benefit of my suggestion and pushed it from Bottom-up.

Why did you change your mind?

When I joined company B which is smaller in size (headcount and revenue) I decided to try the Bottom-up approach.  I made more interaction with other parts of IT and also with business.  I decided to take my message to the folks who are working hands-on in IT. Started doing more Lunch and Learn, attended developers leads meeting explaining why implementing my ideas will be better for the organization.  I had far better luck by communicating the message from the Bottom-up.